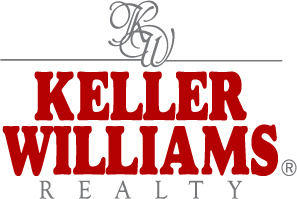 Keller Williams Realty, Inc. is the largest real estate franchise by agent count in the world, with 700 offices and 112,000 associates in more than a dozen countries around the world.

Keller Williams Realty has also been ranked as the No. 1 real estate franchise on the Franchise 500 list by Entrepreneur magazine.   Recently, the company celebrated its 30th Anniversary and announced its rise to the top of the industry.

The company has grown exponentially since the opening of the first Keller Williams Realty office in 1983, and continues to cultivate an agent-centric, education-based, technology-driven culture that rewards associates as stakeholders.

Founded in 1983 by Gary Keller and Joe Williams with the mission to build careers worth having, businesses worth owning and lives worth living® for its associates, Keller Williams Realty has been among the fastest growing real estate franchises in North America.

In 1991, the company began franchising, and in 1998, opened its first international franchise in Canada. Despite market conditions, Keller Williams Realty has continued on a growth trajectory that has outpaced the industry and its competitors.

Sean Keady was great! He followed through on everything. Answered all of our questions with honesty and was very informative. He handled a difficult seller with professionalism and tact. I would highly recommend him to help you find your perfect home.